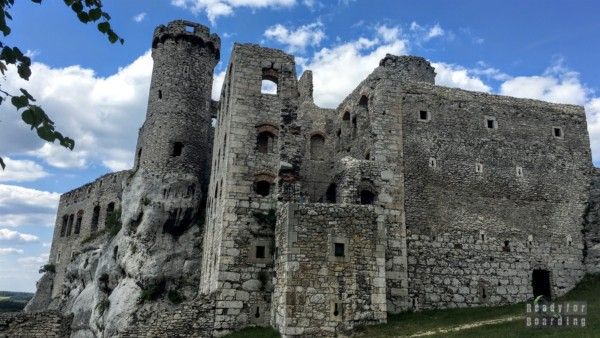 (Not only) Castles of the Krakow-Czestochowa Jurassic Highlands

Have you already traveled the route of the Eagles' Nests? We didn't, but we had a chance to see a few places while passing through Jura Krakowsko-Czestochowska, and we only became more convinced that you should spend more time in this region than just a weekend.

Enjoy a mini-report from several places from this region 🙂

Driving from Krakow to Lodz, we could hop on the highway and quickly be home on a Sunday afternoon, or catch up a bit on the road, but see some interesting sites in the Krakow-Czestochowa Jurassic Area. It is known that we chose option #2 and, leaving Krakow, went straight to the direction of Pieskowa Skala Castle.

On the way, in Ojcow, we passed by Chapel on the Water" on the territory of the Ojców National Park. Why exactly was it put on the water? Apparently, this was a clever way of circumventing the ban issued by the tsar so that no temples would be built on the Paternity land. So it was created on water 🙂 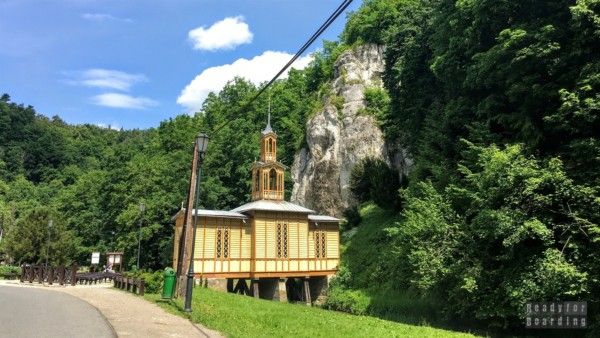 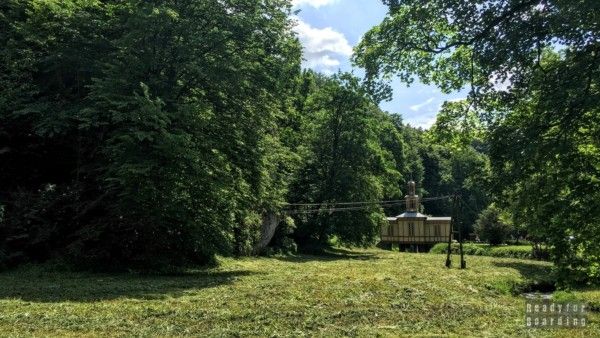 After a short ride through the areas of the Ojcow park and many limestone rocks further on (led by the famous Hercules Mace) we arrived at the aforementioned Castle in Piaskowa Skala. 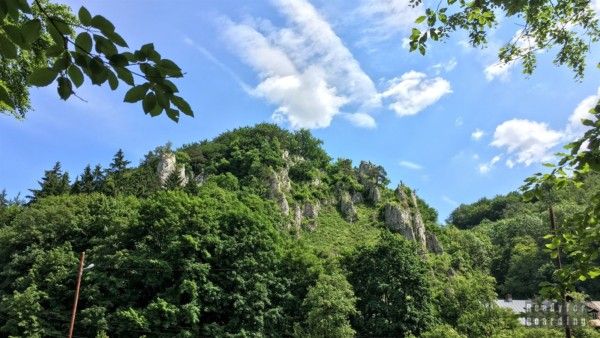 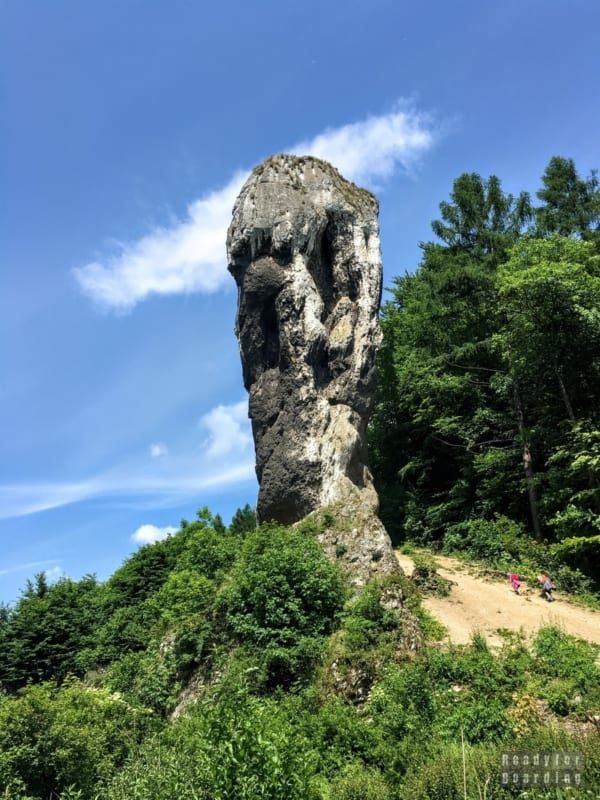 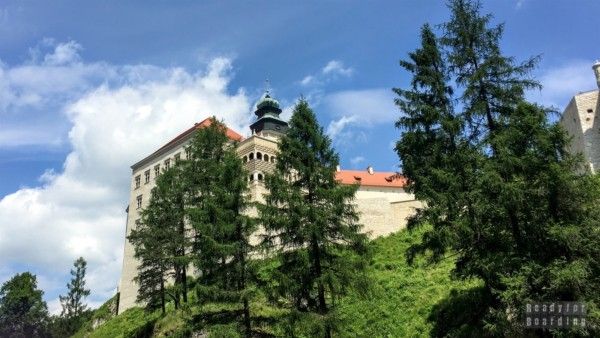 There are several paid parking lots along the road, from where you have to climb up a bit to the Castle. You can also go a bit further, as if from the back of the castle, also use the paid parking, but the approach is then flatter. 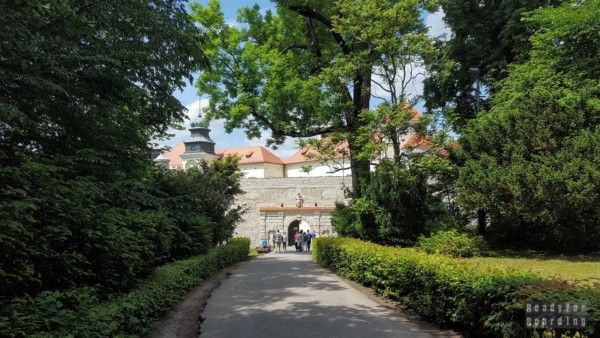 The 14th century building is considered one of the best preserved Renaissance monuments in Poland. Crossing the gate, we find ourselves in the outer courtyard, and the entrance to the sightseeing part of the castle and the museum is on the opposite side of the castle. 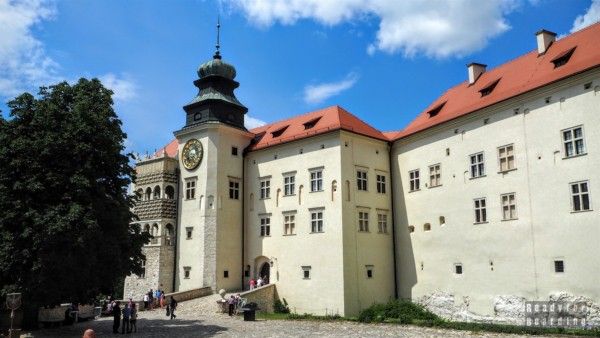 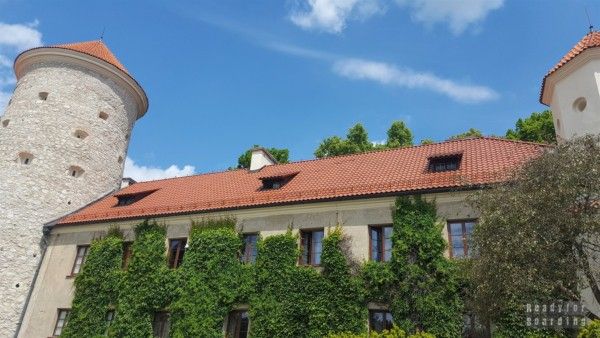 Free to see the outer courtyard, the garden and the southeast bastion, where the ticket offices and a restaurant with an observation deck are now located. 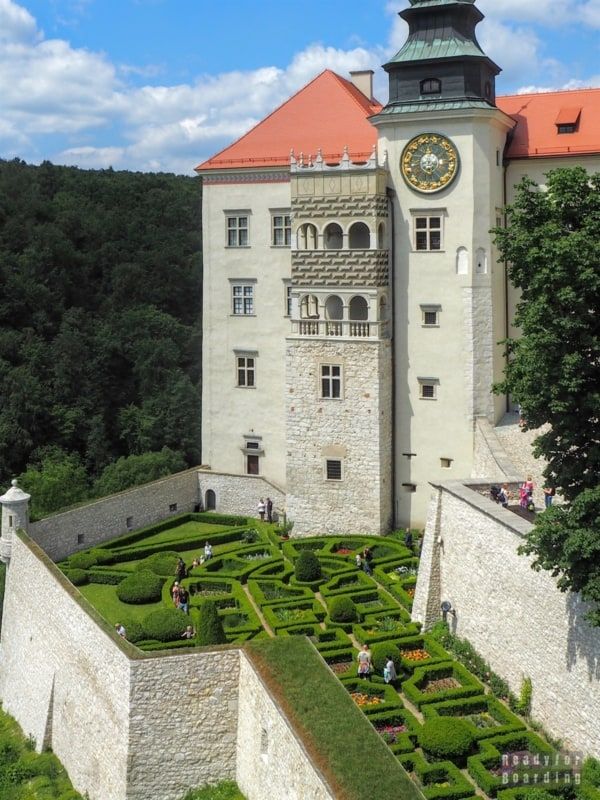 With a ticket, you can enter the museum, where there are permanent and temporary exhibitions – tickets can be purchased for specific exhibitions or for the whole thing. In the interiors of the castle there are no preserved exhibits or historical interiors, and everything you can see is part of the collection of the Wawel Royal Castle (Sand Rock Castle is now a branch of the Royal Castle). 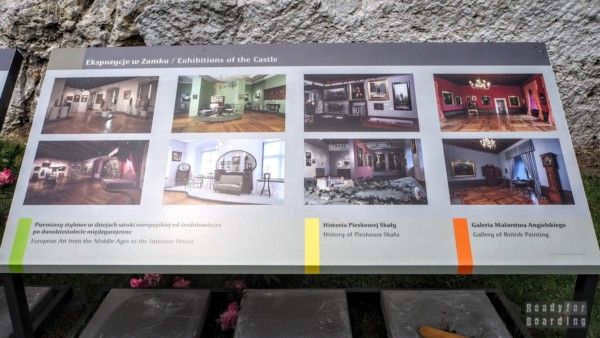 Perhaps brutally, but in our opinion it is not worth going inside. The castle itself from the outside is more interesting than the inside. When you add the beautiful surroundings of the Mace of Hercules, then, in our opinion, it is better to spend your free time walking around the area 🙂 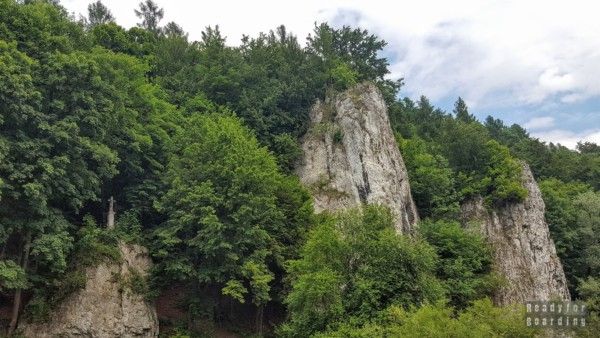 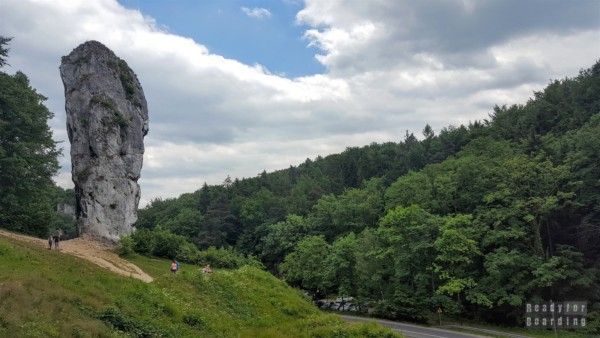 Then we set off in the direction of Podzamcze, on the way stopping at a point overlooking the Bledowska Desert. Someone who imagines that he will see something like the Sahara here will of course be surprised 🙂 Although if one went back in time, the area would more resemble an African desert (supposedly, 100 years ago, one could even experience fatamorgans here, and the area was less overgrown than now). Of interest – this is the largest inland area of sand occurrence in Europe (length – 10 km, width up to 4 km).

We finally arrived at Podzamcza, We parked in one of the numerous makeshift parking lots at a private farm and set off with the crowd towards the Ogrodzieniec Castle. Although the castle ruins are impressive, the road to the site itself is less attractive and can be discouraging. Walking in the fumes of the barbecue grills that are on both sides of the path, we move forward passing around the numerous stalls selling Chinese goodness of all kinds… It is this constant element of Polish attractions that really begins to annoy us, just as abroad we are annoyed by the peddlers of "original" LV, MK, D&G and other handbags. Of course, there are exceptions, regional products, but these are less attractive to children than plastic, colorful swords or shields. 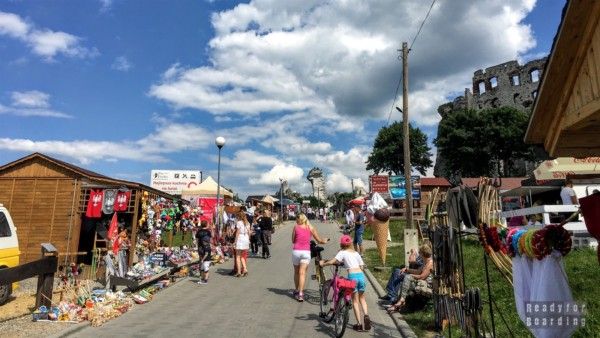 We were positively surprised by the development of the area around the Castle, where there are a lot of attractions for the youngest – Ogrodzieniec Park with a miniature park, toboggan run and something like an experimentarium. 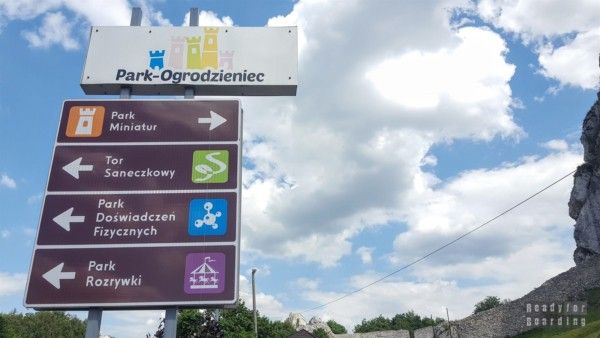 We don't know how much it was a matter of weather and company, but the Castle (or rather, its ruins) will long be remembered as a one of the more impressive. 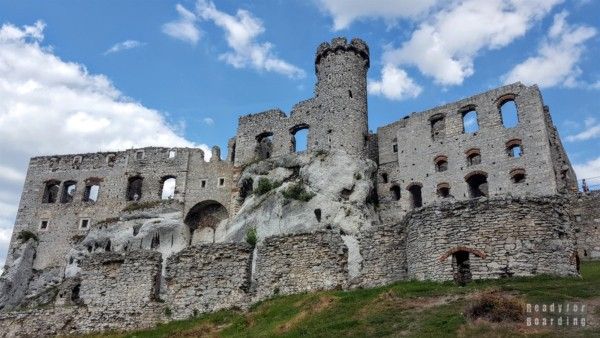 This is the largest building in the Krakow-Czestochowa Upland, built in the 14th century. There is a fee to enter the Castle, but just walking up to its walls gives you an idea of how grand it was in its heyday. When you enter the ruins, you can visit the m.in. torture chamber, towers, courtyard, kitchen, chambers (Boner's Bedroom, Library, knights' chambers), observation tower, castle exhibition, Birdhouse, Convict Tower, treasury or powder magazine. There is also a Knights' Inn on the castle grounds. 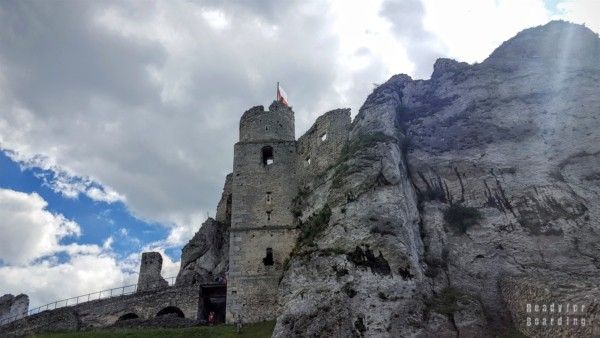 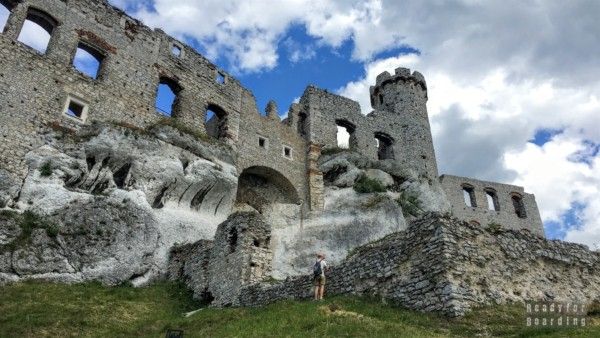 To sum up… Being in this region in transit, we saw two, completely different sites – Pieskowa Skala Castle and Ogrodzieniec Castle. We will not compare them and choose one over the other, because both are worth seeing; one – a gem of Renaissance architecture, the other – impressive castle ruins from the 14th century.