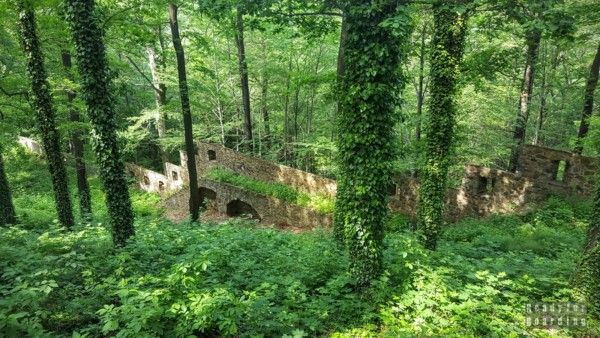 Lower Silesia: Książ Castle – You praise others, you do not know your own

Książ castle is considered one of the most beautiful castles in Poland, and in terms of size it ranks third in our country. This is where we started our short tour of the castles of Lower Silesia .

Książ Castle It majestically reigns on a hill in the area Ksiazanski Landscape Park. It can be reached by road 35 from Walbrzych in the direction of Swiebodzice. The place is very well marked, there are signs for several paid parking lots, from where it is not far to the entrance itself (of course, the farther the cheaper).

We arrived in Walbrzych in the evening, so later that day we drove to the sunset overlooking the Castle 🙂 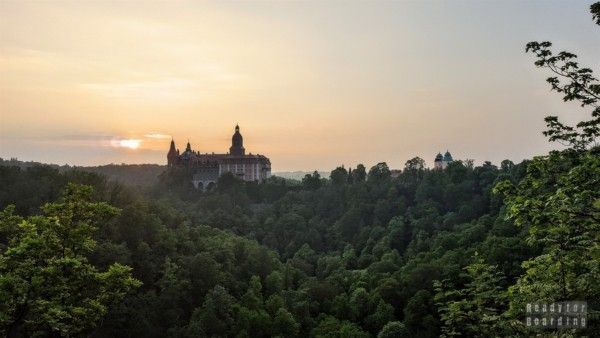 The next day first thing in the morning we went to visit the interiors of Książ Castle. You reach the Castle through the park or forest areas (depends on which parking lot you left your car at), and enter through the pre-castle. 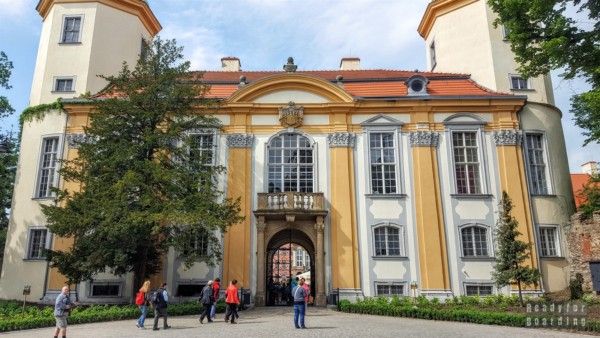 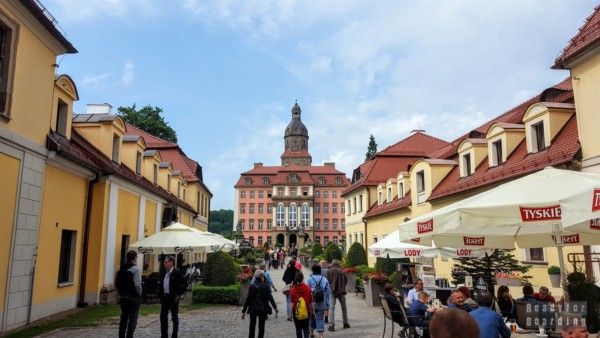 Walking through the courtyard to the very entrance, you can admire numerous sculptures, depicting mythological figures. 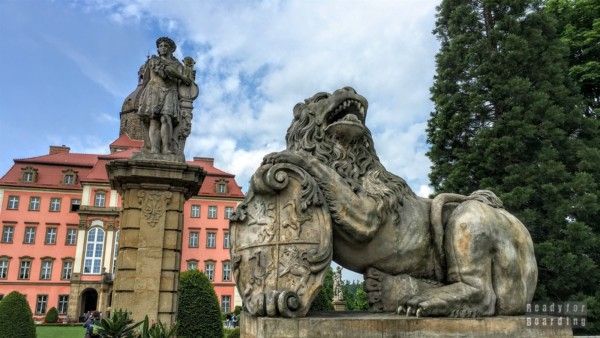 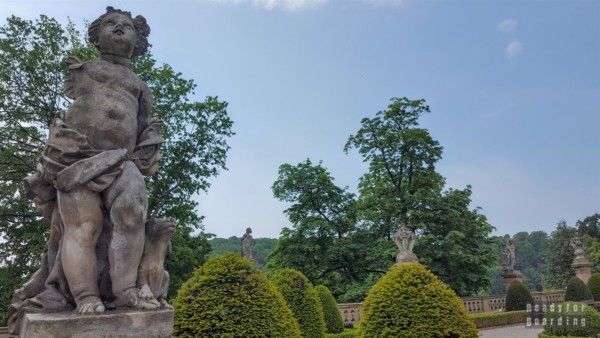 There is a fee to enter the Castle itself – 30 PLN/person or 35 PLN/person with a guide. We recommend you to buy a ticket online (29 PLN), but not because of this zloty, but because of the fact that you bypass the large queues at the entrance to the ticket offices and you can start sightseeing right away. 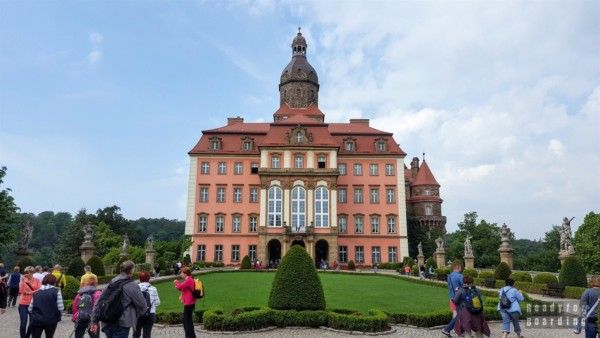 Unfortunately, any maps are missing here, descriptions of the various halls are rather sparse. When we asked for some maps or flyers we only got a very modest flyer describing the history of the castle, and we so like to know our current location and know what we are looking at, but on our own 🙁 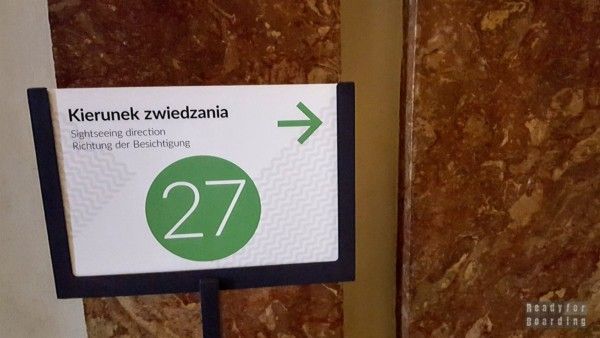 Not being discouraged, we set off along the designated route and began to discover the history of the place along with the most beautiful rooms. Interestingly, the history of Książ Castle dates back as far as the 13th century, when the construction of a defensive stronghold began here (only later it became a prince's residence).

There are many turbulent episodes in the history of the castle, it has been destroyed many times, changed owners, although even here (as in Moszna Castle), there are some inaccuracies and lack of information, especially about the beginnings of its existence. Major damage occurred during World War II, when the Castle was adapted for German war quarters, and further destruction continued when the Castle fell into the hands of the Red Army. 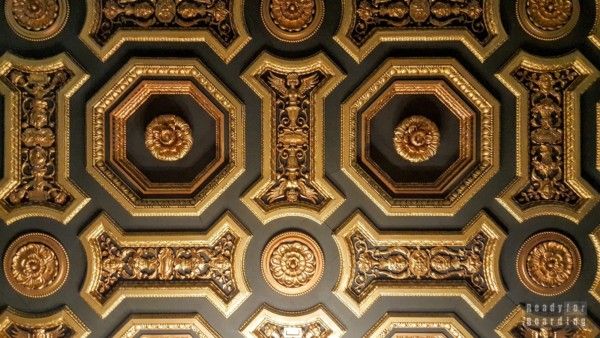 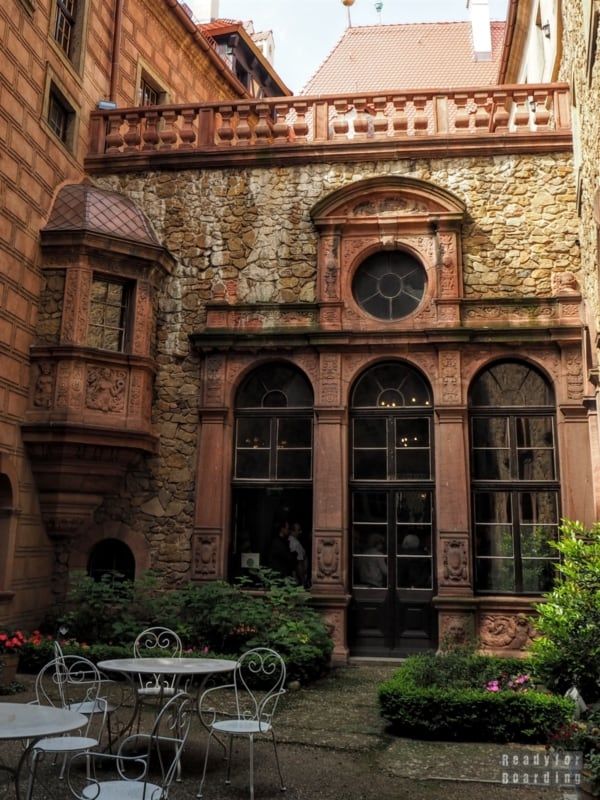 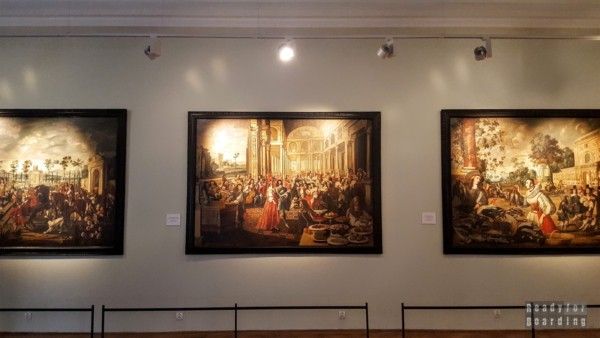 Nevertheless, the interiors are better preserved and/or restored than at Moszna Castle. A large part of the history in the castle is also dedicated to Princess Daisy of England, which became famous for m.in. From her charity work. This is for her, Jan Henryk XV von Hochberg built near the Castle Palm House. 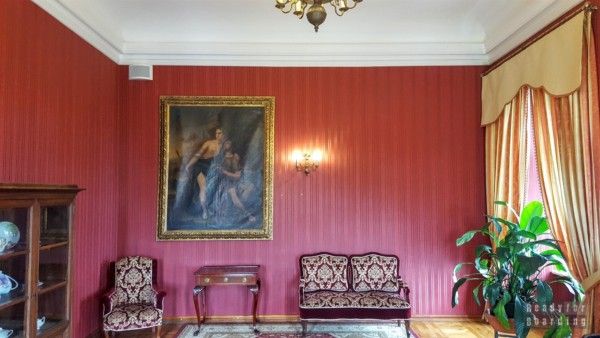 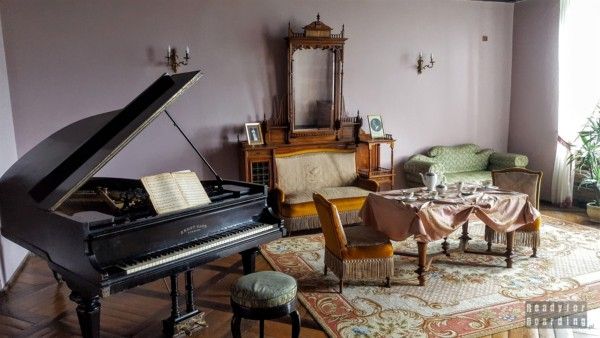 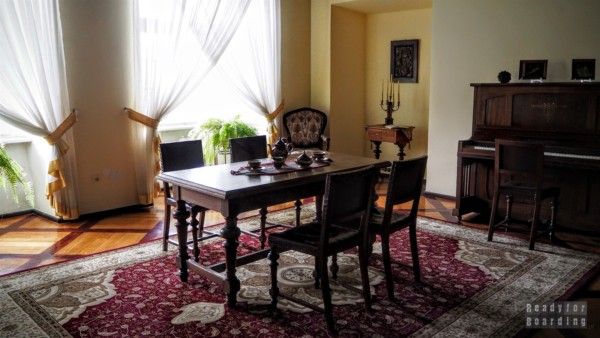 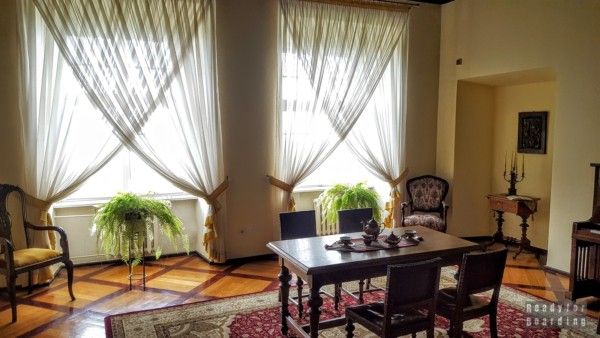 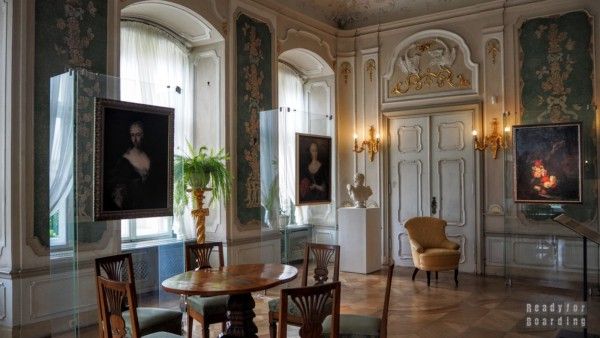 After exploring the interiors, you emerge onto beautiful terraces with numerous ornate fountains and sculptures – there are as many as 14 terraces on the castle grounds! 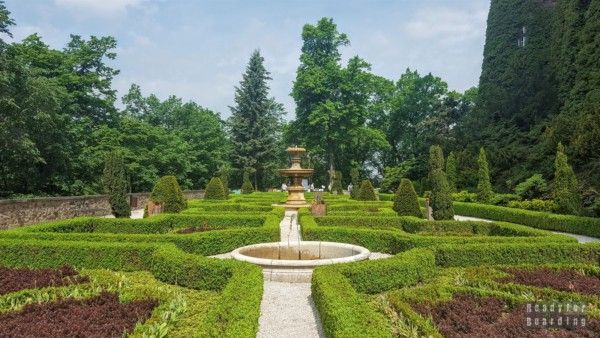 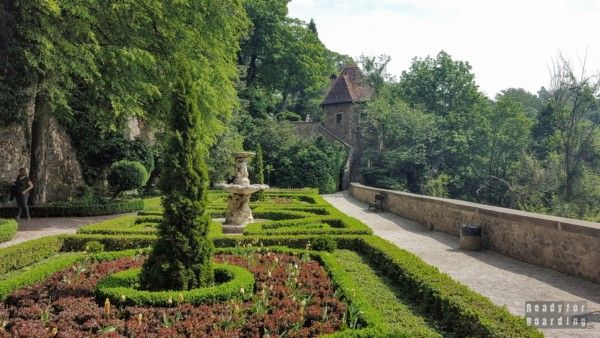 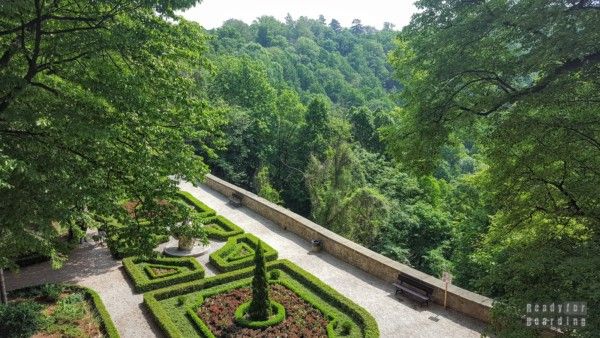 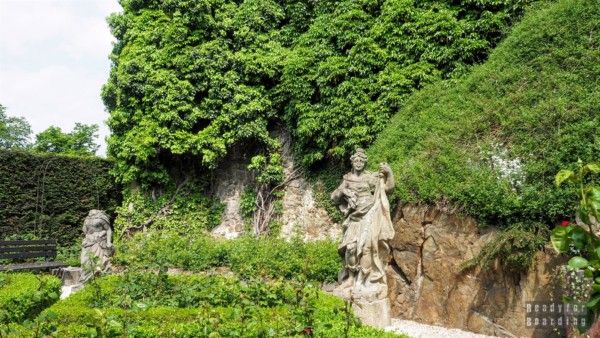 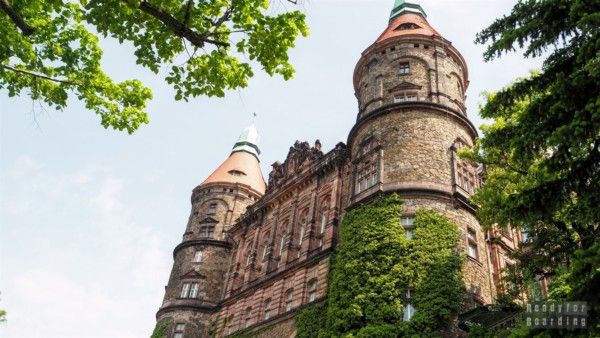 The castle also hides secrets, and there are many legends surrounding it about its role during World War II, special, underground tracks (yes yes, here also has its episode golden train) or hollow tunnels and hidden treasures. 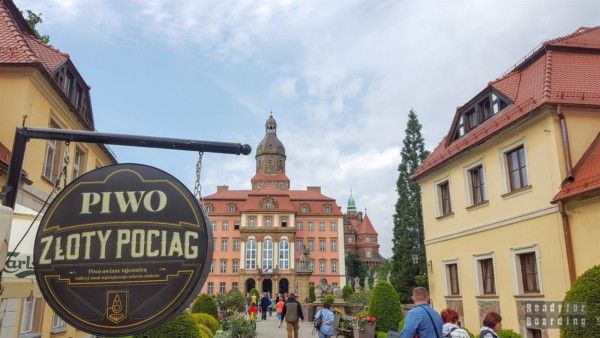 Apparently some of the work was done by prisoners of a nearby concentration camp Gross Rosen, and the hidden rooms were supposed to be used for weapons production, chemical experiments, and Książ itself was to serve as one of Hitler's headquarters. A 96-meter-long World War II-era tunnel is available for tourists. 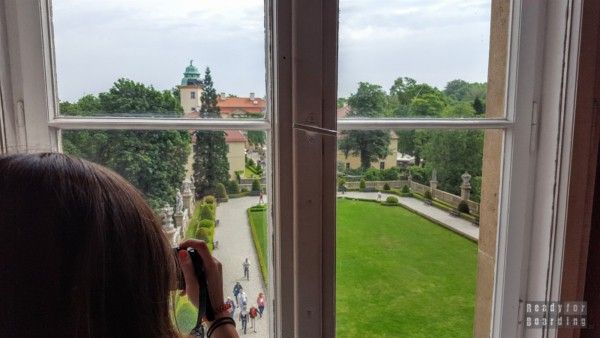 The Książ Castle is worth going to?

What can be improved is the organization of the tours and ticket offices (queues to enter are all the way outside the Castle) and the maps we wrote about at the beginning of the post (a big plus for the descriptions in foreign languages).

If we were to come here again, however, maybe we would take a guided tour, or maybe there would be an audio guide by then? 😉