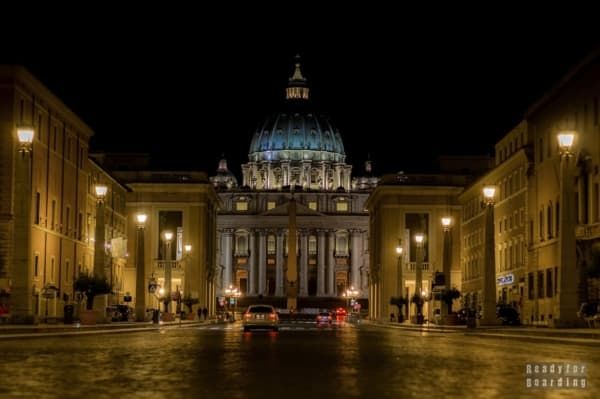 During our May trip to the Eternal City, we also set aside one night to admire this beautiful city also after sunset.

Our trip to Italy lasted a whole week. So we had plenty of time to take some time out for a night out on the city… but understood a little differently than clubbing 😉 It's worth strolling through the Roman streets after sunset, as well as admiring the beautifully lit monuments.

Between Day 6 and Day 7 still taking advantage of the fact that we have a rental car, we took a quick tour of Rome. If it wasn't for the 500 hundred, it wouldn't have been possible to tick off all the points so quickly. You can, of course, use public transportation (but you lose a lot of time) or cabs (more expensive option). You can also always travel on foot and choose only the best or closest places 🙂

And what to see? Certainly the neighborhood Capitoline Hill, Roman Forum i Colosseum. Both as it is the number 1 place during our visit to Rome, it is also worth seeing this place at night. Also at this time you will find plenty of tourists here as well. Illuminated buildings add +200% to the already huge charm with which Rome enchants us 😉 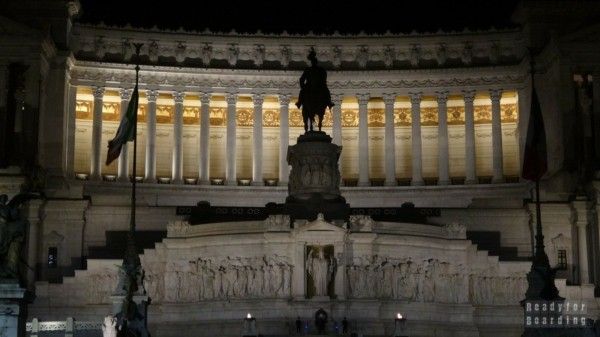 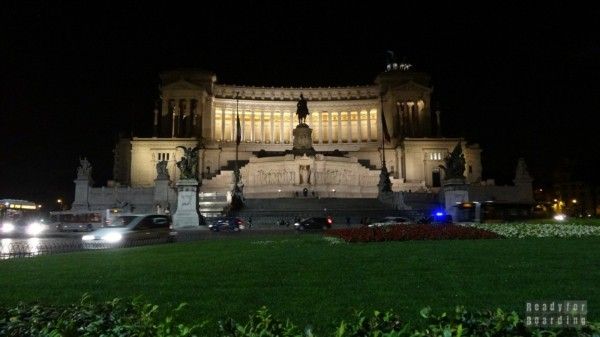 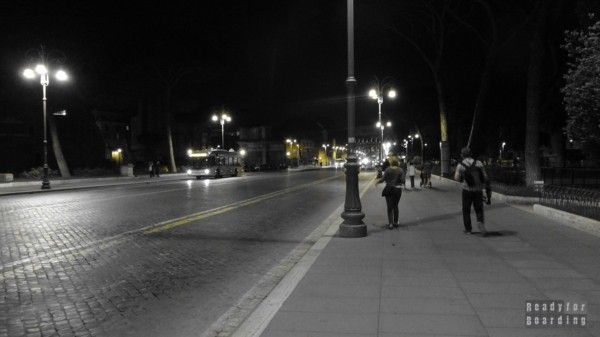 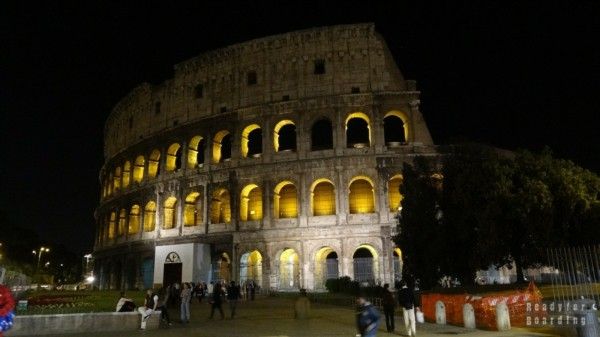 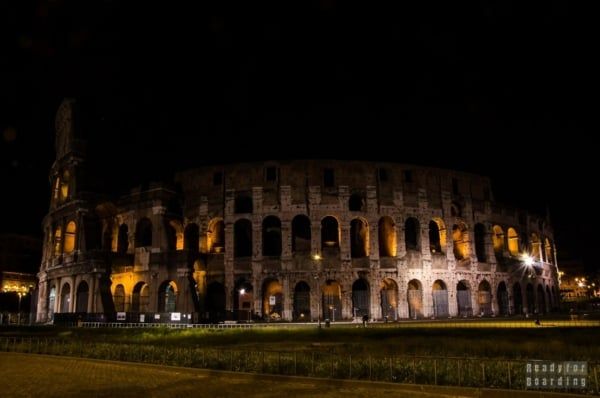 Also worth a look around Di Trevi Fountains. The streets themselves are already mega atmospheric, not to mention the fountain. Tourists? Mass! If it weren't for the darkness in the sky you might think it was the middle of the day! Ice cream shops, restaurants are of course open… probably until the last customer. 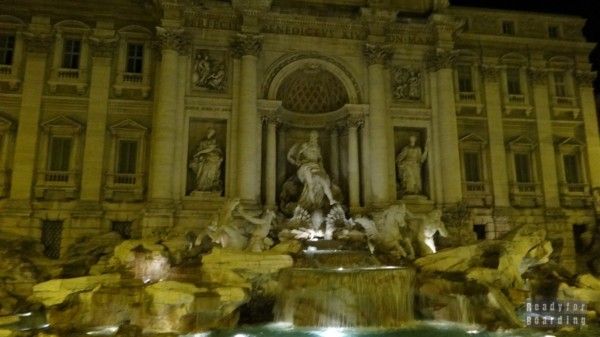 On the way to the Vatican we pulled up at the Ponte Milvio bridge Also known as the Mulvian Bridge (Polish name). This is one of the oldest bridges in Rome. This bridge is jutting out a bit north of the center of Rome, near the Olympic stadium. What we did there in the middle of the night? Just drop the name of the bridge into Google to see what it's all about 🙂 According to an old tradition, when a loving couple hooks their padlock on this bridge, then their love will last forever. Padlock is worth marking with your initials.

We probably don't need to write for what purpose we went there 🙂 And here is the proof: 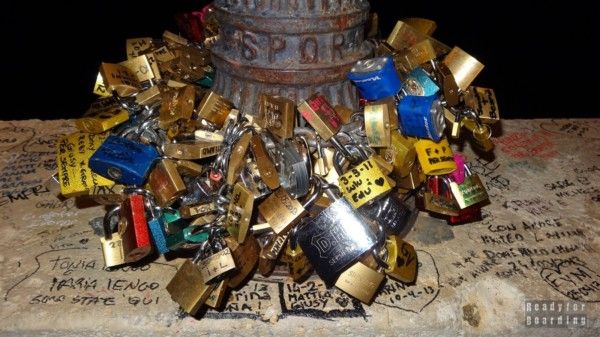 At the very end we drove up to Vatican City. Vatican City at night is definitely beautiful… and strange 😉 Somehow so empty, zero people, in some places only some homeless person sleeping against the wall. But of course, we recommend this point of the night tour.