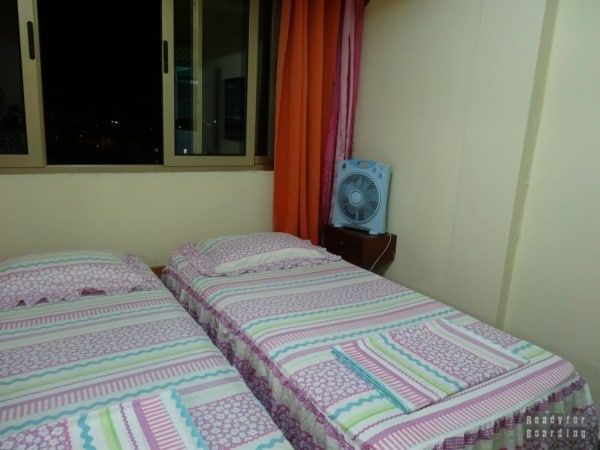 Cuba – flight to Havana… via Madrid 🙂

We begin our coverage of the trip to Cuba! As we mentioned earlier we chose to fly from Madrid, so we were left to buy a flight from Poland to Spain…

Welcome to our coverage of the trip itself to the sunny Caribbean.

After buying tickets to Cuba, we were left to buy tickets for a flight to Madrid. It turned out that it would be best and most convenient for us to fly to Madrid by airline Norwegian Air, and spend the return to Warsaw on board Ryanair'a.

We flew to Madrid the day before to be sure to catch the plane. We wanted to avoid a repeat of the adventure on the flight to the Canaries (thanks to Enter Air!), where the delay was more than 6h! In this case it would mean a lot of problems for us to get to Cuba. In the other direction we left ourselves only 4 hours for the transfer, but here the delay would not hurt us so much anymore. 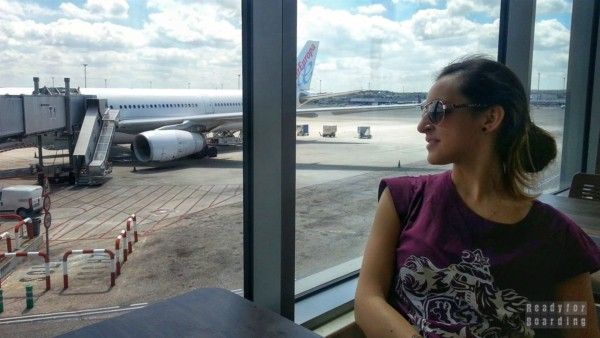 So we flew to Madrid the day before on Norwegian Airlines, buying the option with baggage. By the way, I do not know why, but we did not have much luggage… less than 20 kg for two people… it's a shame not to use even half the limit! 🙂 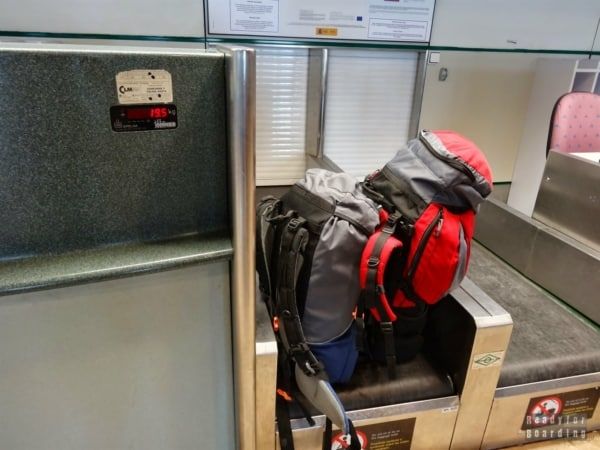 For that others made up the limits for us… 🙂 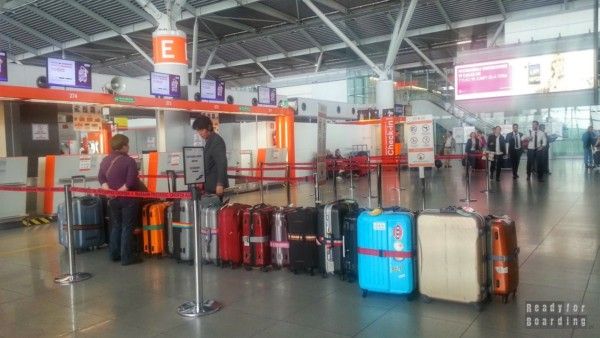 The flight to Madrid passed quite comfortably, and noteworthy is quite a lot of legroom. Line Norwegian Air advertises itself as the first European airline to introduce WiFi on board – indeed, the network was there, but you can't count on something being done online. Connection very slow and weak, but what to expect at such an altitude 🙂

In Madrid we spent the night near the airport (at least that's what we thought when we bought our accommodation). It was supposed to be about 20-30 min on foot, but with our backpacks it took us almost an hour 🙂 Getting to the airport by public transport was only possible through downtown Madrid, so it would have probably worked out similarly for us. Especially looking at the traffic jams… 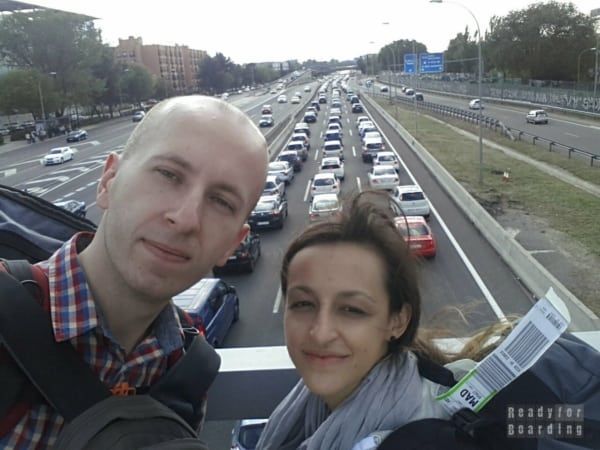 We spent the night in a modest room with a shared bathroom. Since all we needed was a shower and a bed to sleep in, we weren't complaining. It turned out that there was also a kitchen at our disposal, and there is a large shopping center 20 minutes away on foot, so we also had somewhere to eat dinner and make some supplies, plus buy what we forgot 😉 We didn't even think about visiting Madrid 🙂

The next day immediately after breakfast we packed up and headed for the airport. Packed to the ears… 😉

Our attention was drawn to the huge queues of cabs waiting outside the airport. One wonders how drivers can pay to stand in traffic, when for 30 minutes not even an inch has moved! 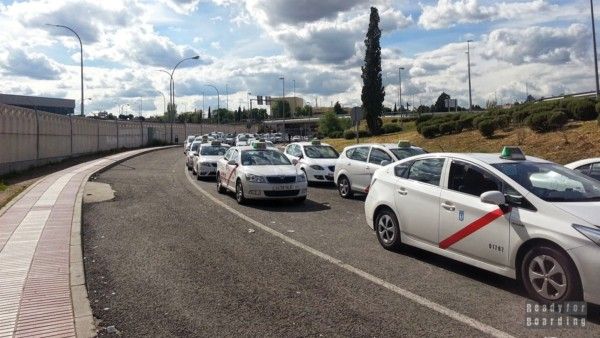 The flight to Havana was long, very tiring and unfortunately we were disappointed with the airline Air Europa. Ok, this is a cheap airline, but still, on trans-Atlantic routes the comfort should be a little better. We flew on an old plane with very little legroom. 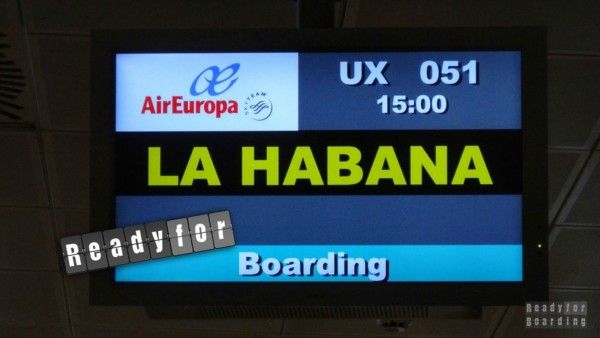 According to the information on the website (which is nomen nomen) there was supposed to be an entertainment system on board, so based on our experience we expected something similar to Emirates, or at least to Edelweiss Air, which we flew to the Dominican Republic. At least we already know what makes Emirates considered one of the best airlines 😉

So the flight passed us by listening to music, solving Sudoku and reading newspapers.

The carrier did not lie – there were videos: played on several screens spread throughout the plane (m.in. Oscar-winning – Birdman)… 😉 This is not what we expected, well, but there is nothing to complain when you pay so little for the flight. The important thing was that there was a hot meal and something to drink 🙂

And the food even, even.. From experience, we took a special meal and definitely recommend it. The portion was better, and there was even tofu in the vegetarian version. Drinks during meals free, except water and juice were served, and the rest for a fee. 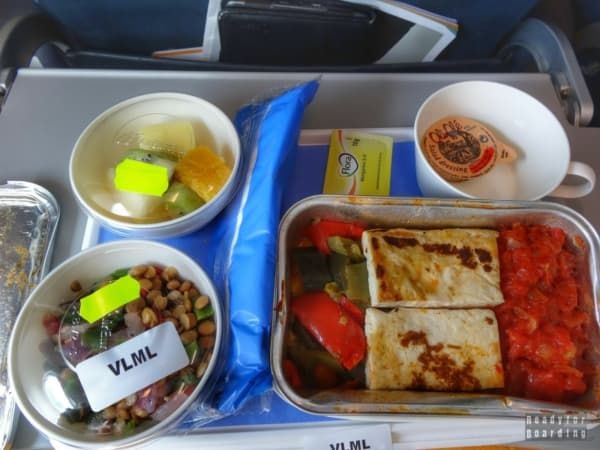 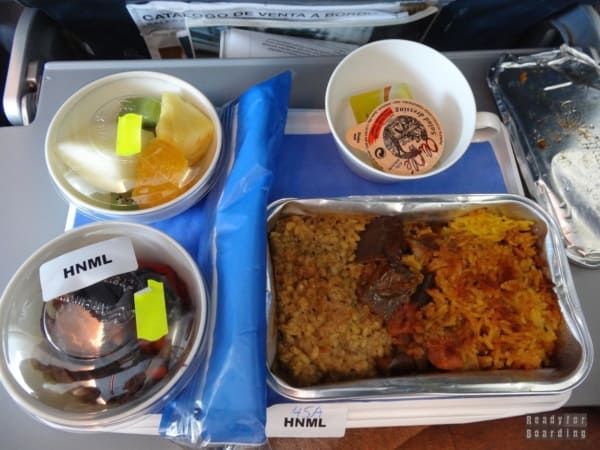 The flight was delayed for over an hour (flew a little around), which meant almost 10 hours in the air. So we had plenty of time to… well, that's right… get acquainted with the bureaucracy. It promised to be innocent. Ot fill in the entry voucher… 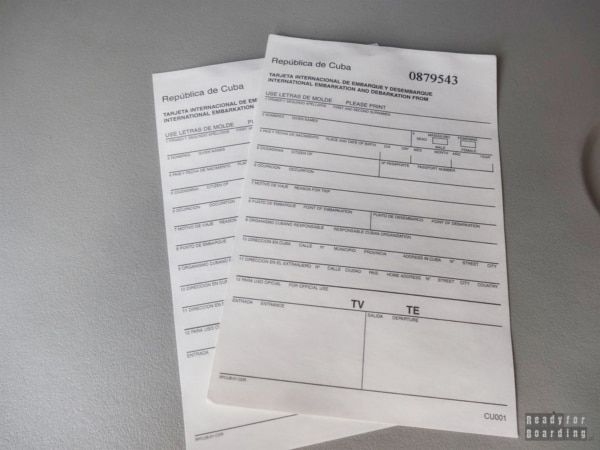 After a hard landing in Cuba, we were greeted by rain, thunderstorms and… bureaucracy. However, the first thing that struck us after leaving the plane was the high humidity. Before we crossed the exit of the airport we had a long and slow queue at customs, baggage search, photo at the entrance … well, you have to stick out your own, and that was just a foretaste of Cuba 🙂

At the airport waited for us the girl who organized transport to the casa (private accommodation). We went for a quick money exchange (EUR for CUC and CUP – something you can only do in Cuba) and drove in an old Cuban car to the suite. It was already dark, the storm was raging, so we didn't manage to take pictures of the car, but there will be time for everything 🙂

We spent the night in the very center of Havana, where everywhere was close by. The entrance to the block itself was, to put it mildly: scary – an old communist block of flats, a smelly elevator, an open roof and terrible transitions between floors. Since the elevator did not stop at every floor, it proved complicated to get to our apartment. On the way we had to jump over standing water in the corridor several times. As it turned out later, it was still luxuries… The apartment itself was very pleasant for such a block 🙂 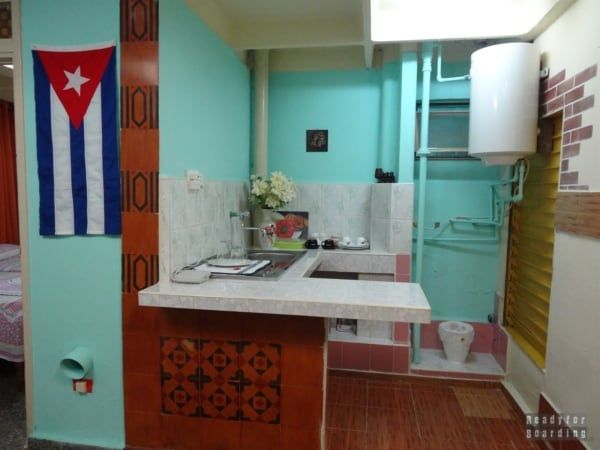 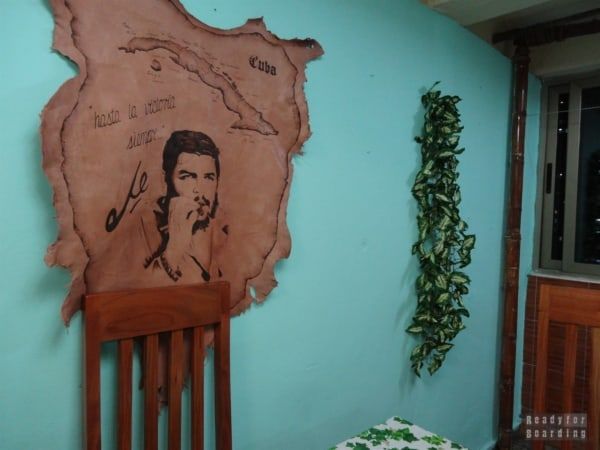 Everything was made up for by the owners, who were very friendly and sociable. It was a married couple with two daughters. Although English made it difficult for them, we managed to communicate and arrange breakfast for the next day.

It was a tiring day, jet lag took its toll and we immediately fell asleep…